Thanks to all students, parents, and teachers for another incredible evening! The quality of the exhibits was high, and we could tell you worked hard. Enjoy the photos and videos below–you can click/tap on them to enlarge. 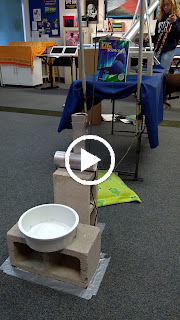 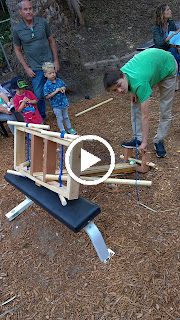 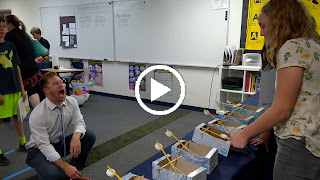 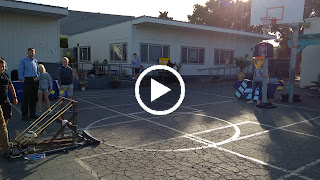 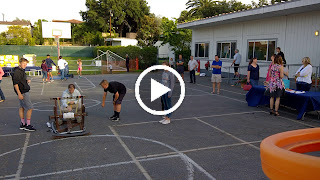 Once again, well done 8th Grade! Finish the year strong, and we’ll do this again next year.

34.4271732-119.6931742
The Providence Engineering Academy and the MS Science Department are excited to present the second annual Middle School Science and Engineering Expo. It will be held at the Providence Upper Campus (630 East Canon Perdido Street) on Monday, April 24 from 4:30 pm to 6:30 pm. Entry is free, and refreshments will be provided.
Levers, pulleys, and screws, oh my! The theme is “Machines”, with a medieval/Renaissance twist. The students have spent a month preparing their projects, building catapults, pulley systems, Archimedean war engines, and more. The interactive exhibits will be running the entire time, so come learn and support our students at this fun, family-friendly event!

(Many thanks to Kylie from the Providence Engineering Academy for helping write this article.)

The second semester of the middle school elective, Intro to Engineering, takes on a special theme each year, and is intended for 7th and 8th Graders who are repeating the class. Last year, the theme was space exploration, and the theme was matched with our first annual Science & Engineering Expo, which was a huge success.

This year, the second semester theme is “Machines”, with a focus on the simple machine types described by Renaissance scientists. We have looked at the history of modern and pre-modern humanity in this area, wrapped around such figures as Leonardo da Vinci, Archimedes, and Vitruvius (not the LEGO wizard–sorry!). As well as the artistry and ingenuity, we’re also studying the idea of the physical concept of work, and how energy is conserved and transmitted in mechanical systems.

One of the simple machines that was studied in antiquity was the pulley–a rope wrapped around a wheel to change the direction of force. The compound pulley is even more interesting, and allows us to dramatically increase our “mechanical advantage”. In everyday terms, this means that we can make ourselves stronger. But to talk about it is not enough: you have to prove this kind of thing outside!

Using Mr. Gill’s outdoor education equipment and some 400 lb pulleys from Ace Hardware, the students themselves arranged the constituent pieces, hanging from the sturdy structure of the outdoor basketball hoop (not the hoop itself). On the previous day, they had worked with small model version indoors, so they knew how to set things up. It didn’t hurt to have some Boy Scouts in the group, too!

With everything secure and checked, and a safety mat below, the first student was hoisted up into the air.

Our particular compound pulley system had two wheels where the hanging student was located. This means that there are four lengths of rope leading away from the load. This gives a mechanical advantage of four, which means that, aside from friction losses, the person pulling is made four times as strong! If a 100 lb student hangs from the pulley, the person pulling only feels 25 lb.

We offer a work environment focused on putting students’ needs first while providing a stellar academic and extra-curricular experience.